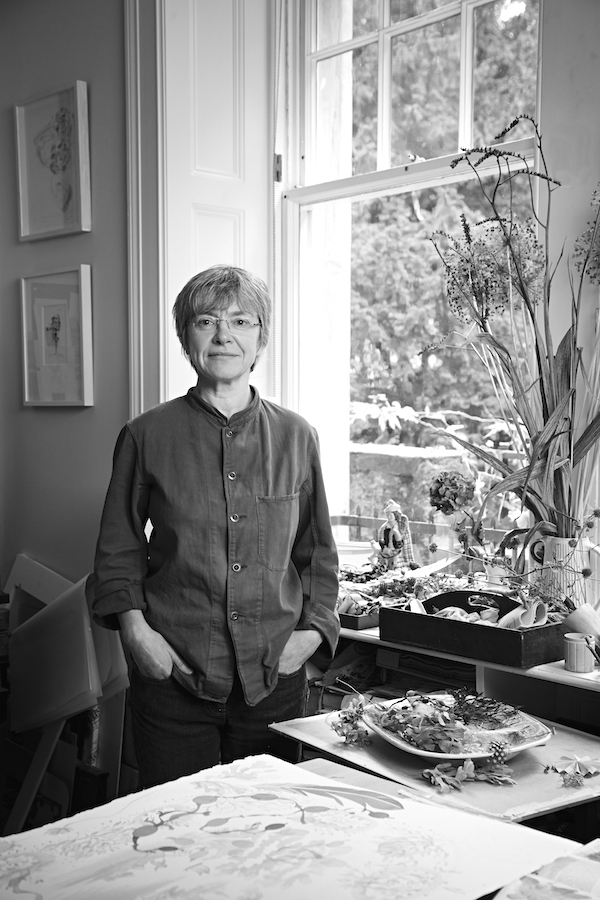 I studied BA(Hons) Fine Art Printmaking at Central St. Martins College of Art and Design between 1983 and 1986, followed by a year’s part-time postgraduate printmaking at Camberwell School of Arts and Crafts.  I now mainly live and work in Scotland. In 2010 Merrell published a monograph on my work, Angie Lewin – Plants and Places.As well as designing fabrics and stationery for St Jude’s, which I run with my husband Simon, I have completed commissions for Penguin, Faber, Conran Octopus, Merrell and Picador. I have also designed fabrics for Liberty.  In 2006 I was elected to The Royal Society of Painter Printmakers and in 2008 to The Society of Wood Engravers. In 2010 I was elected to The Art Workers Guild. In 2016 I was elected to The Royal Watercolour Society.